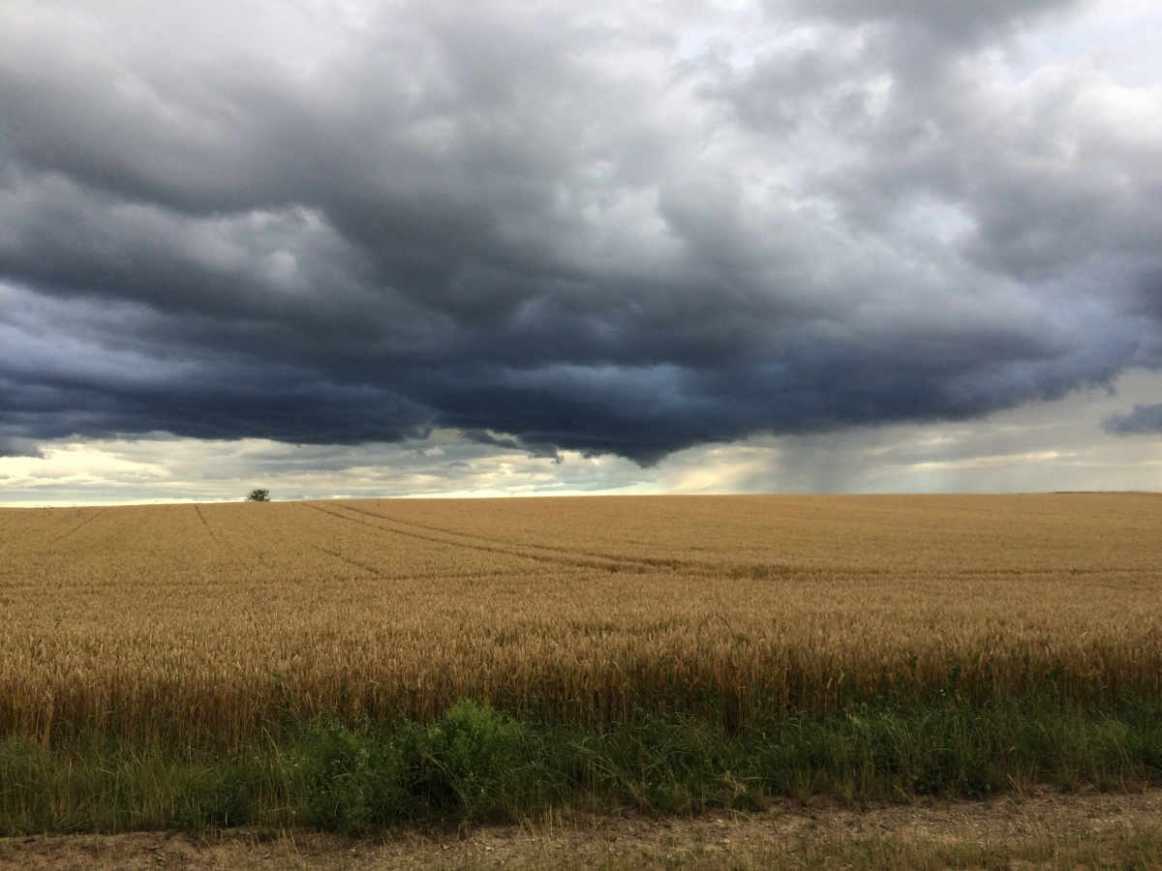 "The result came in. The pound dropped. Distant alarm bells began to ding: the UK is too important a market to have my business there strangled by customs tariffs and logistic problems; maybe my USA supplier would want to change my contract to exclude the UK; was there maybe even a chance I could lose the right to be the CEO of a French company?"

I set up a home-based company in France last year. It was around the time of the referendum and it was entirely out of necessity. I was 56 at the time and after many years living near Strasbourg, working in European sales positions, my latest contract had terminated. As of April 2016, I was on the dole, signed on with the French Pôle Emploi, with a lot of alimony owing monthly to my French ex-wife. I have two dual-nationality children, boys aged 14 and 21, who account for the fact I’ve stayed put here for so long. The older one is now a student in the UK. Incidentally, back in 1992 I left UK for what felt, at the time, to be just a temporary career move.

The referendum result was a shock but finally didn’t surprise me. Having been raised in rural Dorset in the 70’s, and thinking back to just how petulantly conservative the locals could be, it was easy for me to imagine one mass act of xenophobic group-think taking place. And this is what seemed to have happened country-wide.

To be frank, however, I may still possess a fair complement of Dorset xenophobia-genes myself. Over the years in France, I’d felt myself gradually turning somewhat Eurosceptic although it was probably a lot to do with getting older and grumpier. Living in Strasbourg you get to hear about EU employees who drive cars with green diplomatic number plates and who are untouchable as far as speeding fines go. Also, I’d once seen evidence of a minor EU funding scam and had imagined this kind of thing could easily be replicated in many sectors, at many levels, maybe at great overall expense to EU citizens. Who knows? Who checks?

The VW pollution scandal was still recent news at the time of the election and that had turned my personal political dial in a bit of a xenophobic direction: “don’t the Germans do well enough already economically – do they feel they have to cheat as well?”. However, of course, when you talk about cheating, well those piratical London financial wheeler-dealers can also quickly come to mind. Who would I prefer to trust if I had to choose? Hard to say.

Basically, as in any community, for the good of everyone you need to agree on the rules and the resources to police those rules. The EU could manage it, in time, I was sure. I was still pro-EU, whatever. Although I’d always felt very British, and proudly so, I’d come to see the EU in some ways as “my other country”. It was unarguably, to my mind, a worthwhile project for peaceful co-operation between very different peoples who would gradually grow closer and more connected and trustful over the decades to come. I was a Briton abroad, contributing to that ideal, an unpaid ambassador, you could say. The sense of freedom was elating. I could conveniently go wherever I wanted in the Schengen area on holiday or on business. To go to the UK, I just needed to remember my passport. All this was a good thing, and it was a no-brainer, as far as I was concerned.

As a regular visitor to the UK, mostly on business, I only experienced positive effects of all the EU immigration. Service seemed to get better as the years went by; hotel staff seemed to get more efficient and welcoming; car hire check-in staff became faster and more helpful. And all with a foreign-sounding accent. Which employer wouldn’t want to hire people like that: willing, amiable, competent people.

The EU provided perfect conditions to start my company for selling products to academic and industrial life science laboratories; all my scientist customers would be able to read and speak English; there was a neutral euro currency that they could all pay with. Pre-Brexit I was feeling pleased with myself but mostly I was just very happy to have found an interesting and meaningful job. So, at the time of the referendum, my mind was totally focused on how to make a success of the new company. I’d signed a distribution deal with a USA supplier to become their exclusive European partner and had assumed I’d be able leverage the EU single market as it was.

The result came in. The pound dropped. Distant alarm bells began to ding: the UK is too important a market to have my business there strangled by customs tariffs and logistic problems; maybe my USA supplier would want to change my contract to exclude the UK; was there maybe even a chance I could lose the right to be the CEO of a French company?

Feeling somewhat betrayed, and that my country was now off on some weird and unpredictable trajectory, I joined Twitter to see what people were saying. Some were in victorious mood. I was told: “leaving the EU is more important than you people abroad” as well as receiving other similarly endearing comments from Brexit Brits. For example, “you aren’t a EU Citizen, that status doesn’t even exist and never has!!”.

Over the weeks and months that followed I was so focused on my new work project that I didn’t give much thought to Brexit. With the news I did pick up I just felt increasingly uneasy, with a growing sense of estrangement from my home country. When Theresa May declared “no deal is better than a bad deal” it didn’t take much thinking to realize that as a corollary she could easily have thrown in – “and that includes abandoning you lot living in the EU, if circumstances dictate”.

The unmissable front page of The Daily Mail with her leering powdered face on it and the caption “Crush the saboteurs!” is branded on my memory. What trip was she on? I took that headline very personally despite the fact I had no vote nor influence and was not in any way politically active apart from emitting the occasional predictable, complaining Tweet that you might expect from an EU-based remoaner.

What truly resonated for me was that something extremely creepy was going on in the UK, unless reality was being luridly distorted by the right-wing press in their desperation to sell papers. A story about a brutal grab for power seemed to be unfolding, one of those stories where for the protagonists the ends will justify the means.

With every week that goes by I feel more uncertain about the future. There are too many unknowns accumulating. Too many to think about. I’d always considered the UK, and specifically the South West of England, as my country, a country I could easily return to for retirement. A voluntary return could be pleasant one day but if it’s a decision forced on me by my fellow countrymen and their so-called “democratic decision” that would seem like a defeat and an unacceptable way to finish up.

The sad fact is that I am beginning to feel ashamed to be English. I’m ashamed of small minded English politicians who’ve casually pandered to the hate vote. I’m ashamed of the English press and their nationalist dog-whistle themes. I’m ashamed about the fact the country can’t get over WW1 and WW2 whereas other countries have looked forward to the future and have made psychological and material progress; this includes being ashamed of the field of poppies they put down in London which just seemed like a morbidly designed tourist attraction aimed at perpetuating a victim mentality. I’m ashamed so many English people have such a suspicious view of the outside world, like my old Dad, rest his soul, who told me in his Dorset accent that “he didn’t like the Spanish”. I’m ashamed that when I drive around in the UK with French number plates there are lorry drivers who try to intimidate me with horns and headlights. I’m ashamed that the UK still a class-besotted country, with so many people in thrall to the glamour of Royalty and tolerant of its excesses. And, indeed, most sadly, I’m ashamed to feel that my old Mum in her care home is probably better looked after by Polish staff than any English who might possibly turn up to replace them if they left. 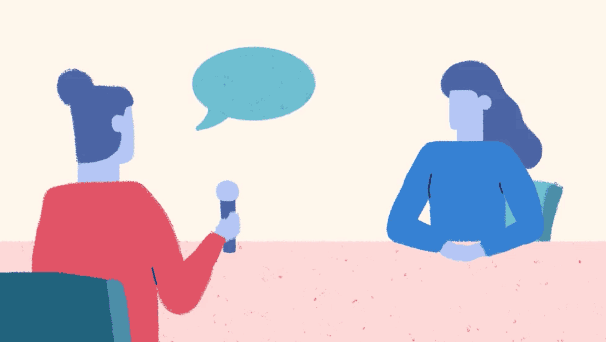 As soon as I saw someone say we will get our independence back ... I knew the leave campaign would win and we would face BREXIT.